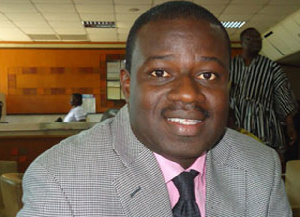 The Member of Parliament for Nsawam/Adoagyiri, Frank Annor Dompreh has cautioned Parliamentarians to desist from abusing the access they have to the media to spread disinformation.

His comment comes on the back of the Member of Parliament for Asawase Mohammed Muntaka apologizing to the Judiciary after alleging that a Supreme Court Judge called on one of the NDC MPs to vote for Prof. Mike Ocquaye to become Speaker of Parliament.

Reacting to the apology in a tweet, the Nsawam/Adoagyiri MP said it’s imperative to avoid disinformation because such statements can set two arms of government on a collision course.

To him, there is the need for MPs and especially Muntaka Mohammed to learn from what has happened and become responsible in his utterances going forward.

He said “As politicians & MPs, it is critical that we do not abuse our access to the media to spread disinformation. This is particularly important when these statements can set two arms of government on a collision course.

Adding that “I pray that my brother learns from this & shows more responsibility moving on”.

However, social media users in Ghana have argued that the issue should not be dropped but should be pursued to ensure that such happenings are avoided in the future.